The first Oktoberfest occurred in 1810 in celebration of the marriage of Crown Prince Ludwig and Princess Therese von Sachsen-Hildburghausen in Bavaria. This celebration was held 5 days after the marriage with a large feast in front of one of the gates into Munich. There were horse races for many years and in 1811 an agricultural fair was added (Farmer’s Market). In 1818 beer pubs were added along with performers.

The festival drew crowds of tourists who learned about Bavaria and its people. By 1887, traditional dress in the way of lederhosen (leather shorts for men) and dirndls (a bit like pinafores for women) became the norm. Traditional dance was done in costume and included Schuhplattler Dance (traditional men’s slap-dancing) and couple polkas.

Today, Oktoberfests are held in September due to the milder weather. In Munich. The fest lasts for 16 days starting on a Saturday in September and ending on the first Sunday in October. Oktoberfest is always great fun and there’s always beer. Lots of beer. 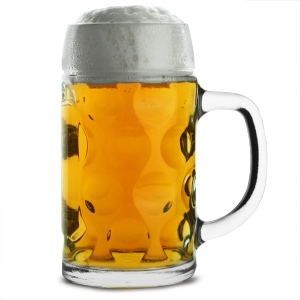 There are several featured attractions: Die Fruchtsaule which is the Harvest Monument and the official symbol of Oktoberfest. It is new every year. Another attraction is the Friday and Saturday night street dances that begin at 8:00 at the Bandstand. You will have the opportunity to dance the Chicken Dance and also learn to Polka and Schottische. Another featured favorite is the Cruz’n Car Shows on Saturday and Sunday. The car shows are new each day with 100 different cars each day.

There are several events, some of which are: The Kick-Off Party, the Pedal Tractor Race and the Biergarten. Come join in the fun and discover many more events for young, old and in between. You can’t help but have fun Oktoberfest weekend. 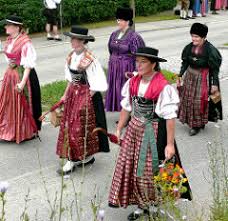 Come stay with us at www.umpquahaven.com We are about an easy 2 and 1/2 hours drive from Mt. Angel and all the Oktoberfest fun!