Oregon City is on the southern edge of Portland along the Willamette River and is the county seat of Clackamas County. It was founded by the Hudson’s Bay Company in 1829 and was the first U.S. city west of the Rocky Mountains to be incorporated in 1844. It was established near the Willamette Falls in order to run a lumber mill, harnessing the power of the falls.

Oregon City was also the destination for those wanting to file land claims at the end of their Oregon Trail travels during the 1840s and 1850s. Today, it is the site of several large paper mills on the river and boasts a population of 31,000 plus.

The “End of the Trail Interpretive and Visitor Information Center” is located here. This is where you can learn about the history of the Oregon Trail and the people who traveled it. There were many hardships traveling the trail and those that made it through were grateful to be done traveling and settle in.

The center holds many events throughout the year but the one coming up is about the music of the Oregon Trail. Sunday, January 21, at 1:00 pm you can hear and learn about the music of the Oregon Trail from local musicians. Nancy and Rob Downie of Heartstrings bring their popular music program from this era, information on the history of the tunes, the role of music on the Oregon Trail and the origin of their instruments. Their featured folk instruments are the hammered and mountain dulcimers, fiddle, acoustic bass, banjo and Native American flute.

It’s a bit of a drive from Umpqua River Haven but not bad if you rise early and head northeast. It’s a little under 3 hours with some of it along the beautiful Umpqua River and most of it on I-5 which is also a very scenic drive. Come stay with us at www.umpquahaven.com, and you’ll come home to your own cozy bed after an afternoon of fun music. 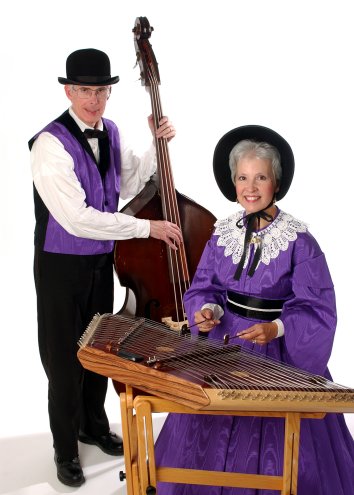 1 thought on “Music At The End Of The Oregon Trail”