While there will be more Cleveland Rocks posts as it goes, this will be the last one from our Lolly the Trolley summer tour. We may do this one again sometime. As we come toward full circle, our fav Cleveland building comes again into view. 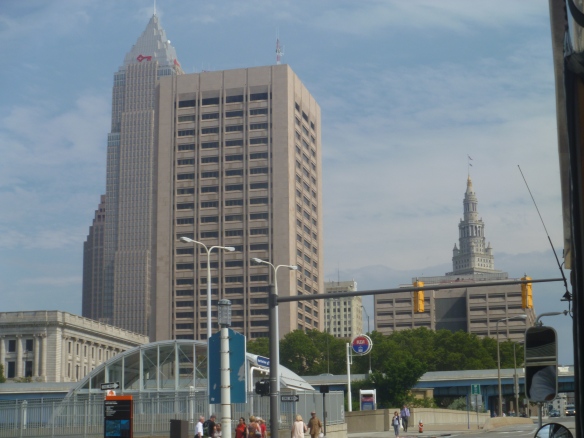 We travel under this bridge to get to the East side of the Cuyahoga River into the Flats. The graffiti was actually quite nice. 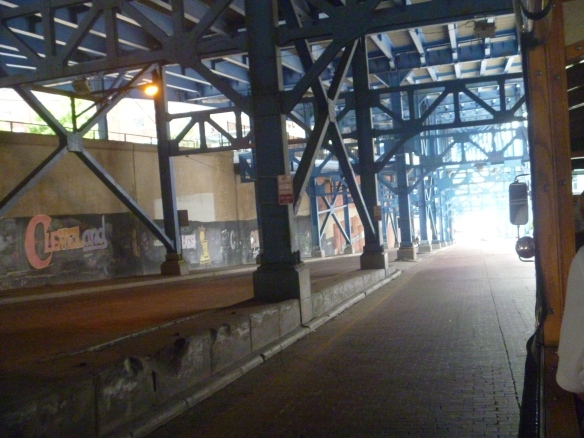 As we come out from under the bridge and turn south to travel along the river, one of the bridges comes into view. 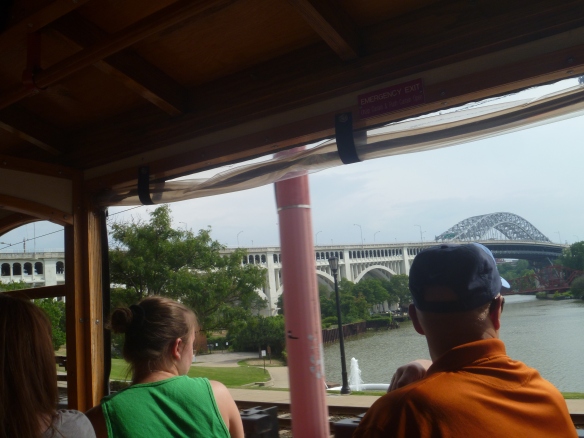 Remember that the Flats were once an industrial area filled with warehouses. The beautiful old warehouse buildings have been turned into condominiums and apartments with outdoor patios, furniture, grills, flowers and all. A lot of downtown working people live in them. 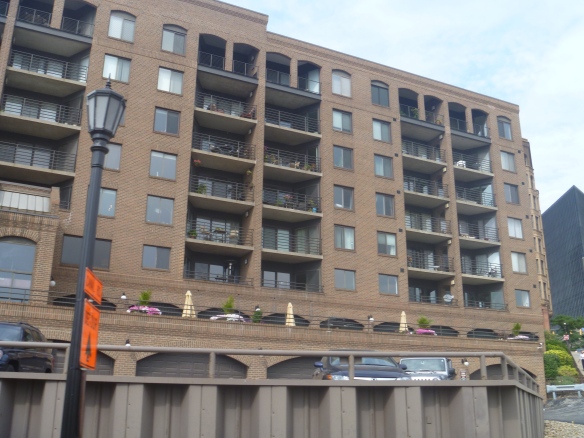 We have seen this bridge before but not as up close and personal as it is on our return drive to the Flats. 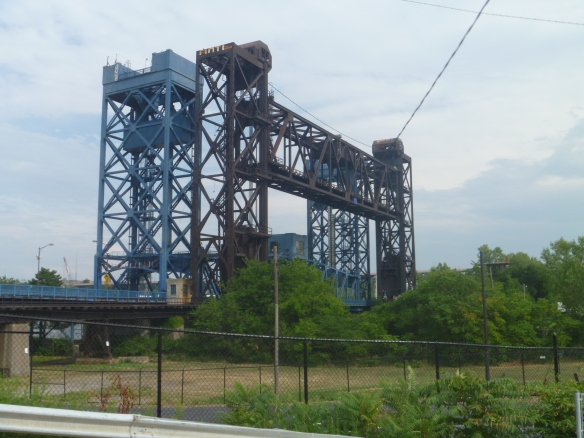 In 1797, Lorenzo Carter left Vermont and headed to Cleveland shortly after Moses Cleaveland’s Survey party had laid out the town. Amid rumors of diseased mosquitoes and Native American spirits haunting the area, Carter decided to stay and became Cleveland’s first pioneer settler. He built a small log cabin on the East bank of the Cuyahoga and brought his wife and 9 children there to live. Despite the hardships of the day, including malaria, Carter made a living trading furs with the local Native Americans, farming and running the Carter Tavern. The tavern served as an inn and tavern as well as an informal town hall and community meeting place. Carter also ran a ferry service across the river and was Cleveland’s first constable. In 1976, The Cleveland Women’s City Club commissioned this replica of the Carter’s original cabin. It is open to the public and contains furniture and items typical of the times. Can you imagine living in the small, log cabin with 9 children???!!! 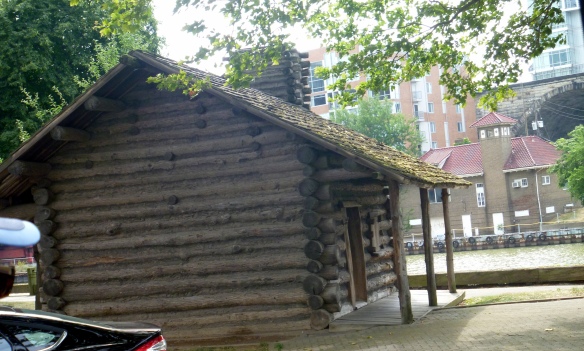 We have arrived full circle back to Lolly’s home where we first started. Once again we can see the Terminal Tower! We were a bit sad to be done but also quite wind-blown and ready to be out of the heat and wind of the day. 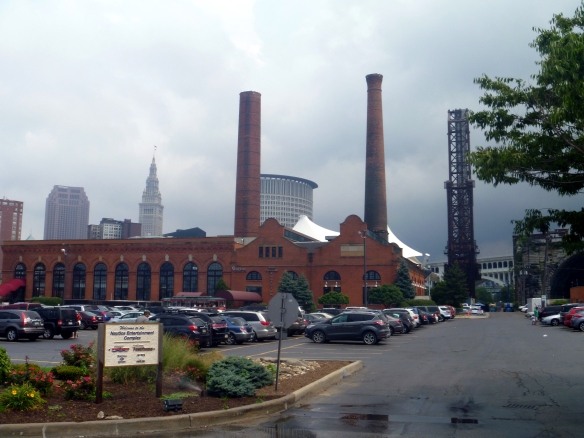 This is our Lolly the Trolley where we spent 2 enchanting hours getting to know Cleveland all over again! When you are next in Cleveland, be sure and book yourself on Lolly the Trolley (weather permitting, of course). You’ll be glad you did! 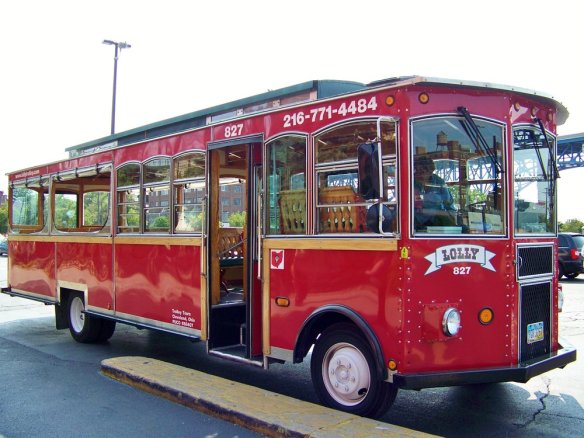