There is much to see and do on Euclid Ave. and we will begin with Cleveland’s Theater District. Built in the early 1920’s, Playhouse Square is the largest performing arts center in the U.S. outside of New York City. 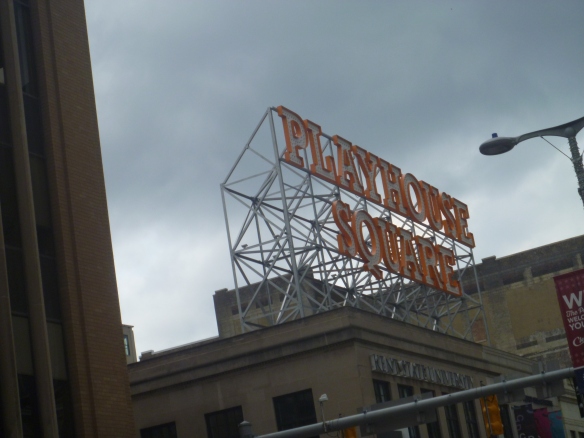 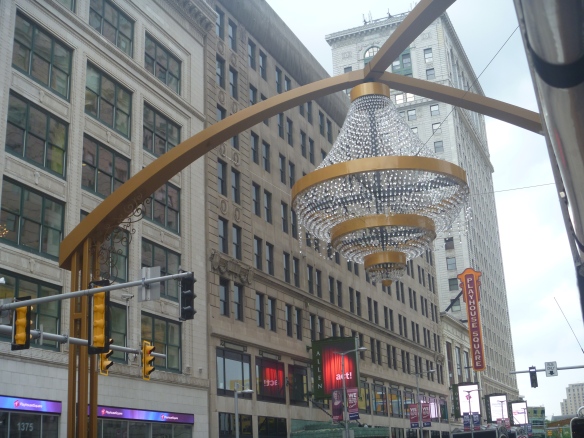 The first two theaters were the Ohio and the State theaters. Both were built in the Italianate-style. They share a lobby. 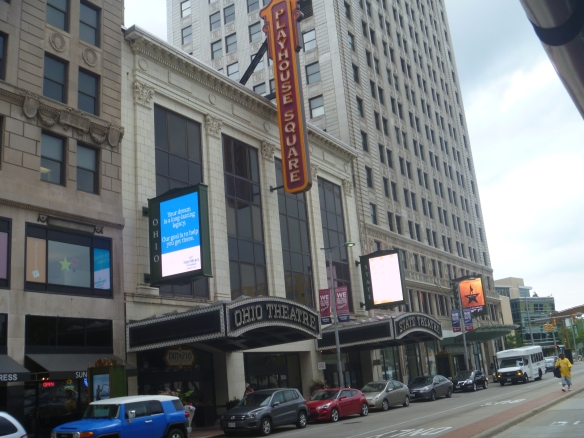 Across Euclid Ave. is the Hanna Theater built about the same time, and, it is part of the Hanna building complex. It was named for Cleveland Senator, Mark Hanna. Next door, the Allen Theater was being built in the Bulkely Building in the Pompeian-style. This theater was purchased by Lowe’s shortly after it was built.

The Palace Theater, now the Connor Palace Theater, was the last to be constructed in 1922. It is in the Keith Building that was the tallest building in Cleveland at that time. The Palace opened with the largest electric sign in the world blazing its announcement. Known as “The Showplace of the World” and “the swankiest theater in the country,” The Palace was built by Edward F. Albee with his over $2 million investment. The Palace was the regional flagship of the Keith-Albee chain of vaudeville theaters heading such vaudeville stars as mimic Elsis Janis and Eduardo Cansino who was Rita Hayworth’s father.

The Playhouse Square theater district thrived for 40 years but went into decline following World War II due to the coming of TV and suburbanization. In the 1960’s, some of the theaters were plagued with fire and vandalization and by 1969 all but the Hanna was closed. From that time to the present, various organizations were formed to preserve, restore and renovate the theaters with great success. Cleveland’s own revitalization was instrumental in making the “Dazzle District” popular again. All manner of performing arts can be seen here every night of the week.

Traveling on east on Euclid Ave. is Cleveland State University. 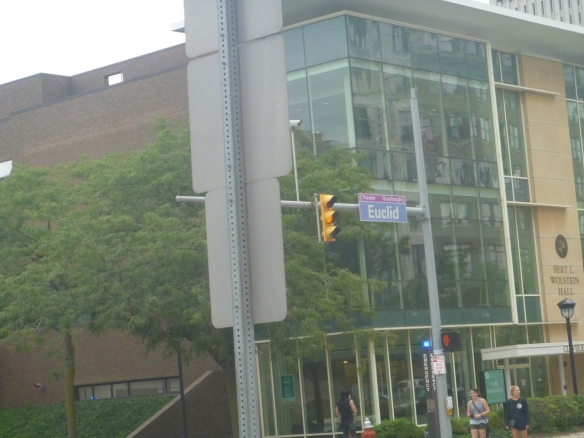 CSU, a public university, was established in 1964 upon acquiring the buildings and property, and, students of private Fenn College. CSU also took over the Cleveland-Marshall College of Law in 1969. CSU is an excellent educational institution that well-serves Cleveland and surrounding area students. Not long ago one of our family members attended workshops and seminars at CSU and found it an easily accessible and pleasant place to be. Some of the CSU buildings are historic.

Moving easterly on Euclid Ave. is where the industrial moguls built their homes shortly before the turn of the century. They filled this part of Cleveland with elaborate mansions having vast and beautiful gardens, and, beautiful elm-lined streets giving this area the name “Showplace of America.” It was compared with the Avenue des Champs-Elysees in Paris due to the concentration of wealth.

The most famous resident was John D. Rockefeller, who established Standard Oil Company. Other famous residents were Amasa Stone, Marcus Hanna for whom the Hanna Theater was named, and Samuel Mather. All of these people had ornate mansions along this stretch of Euclid Ave.

The wealthy also built their own churches here to attend. They didn’t have far to go on Sundays!

The earliest investor in this area of Cleveland was Rufus Dunham. He acquired 140 acres here and opened a farm and tavern to meet the needs of the stagecoaches passing through. Euclid Ave. was once part of the Buffalo Stage Road. There was a stagecoach stop on this lot. You can just see two metal horses on the right in this photo. 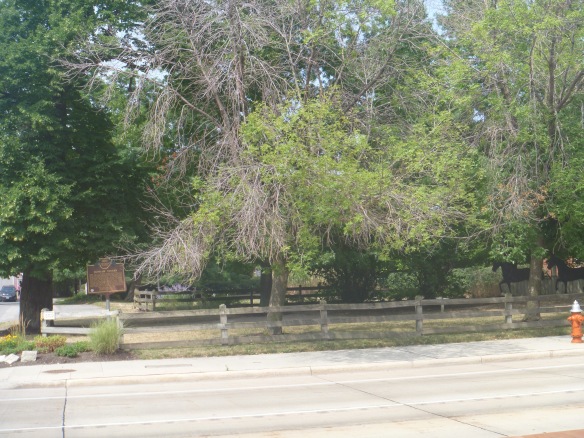 This building is now the Dunham Tavern Museum across the street from the stagecoach stop. 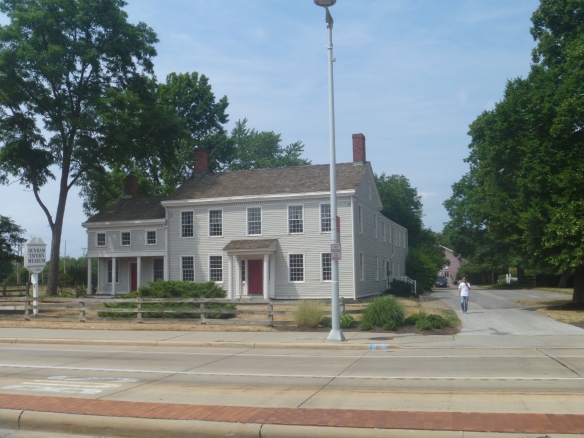 With all its wealth, this area eventually deteriorated as the millionaires moved eastward. Driven by commercial development and higher taxes, the wealthy moved on to “the Heights” consisting of today’s Cleveland Heights and Shaker Heights. Some residents turned their homes into rooming houses contributing to the deterioration of what was once the “Showplace of America.” 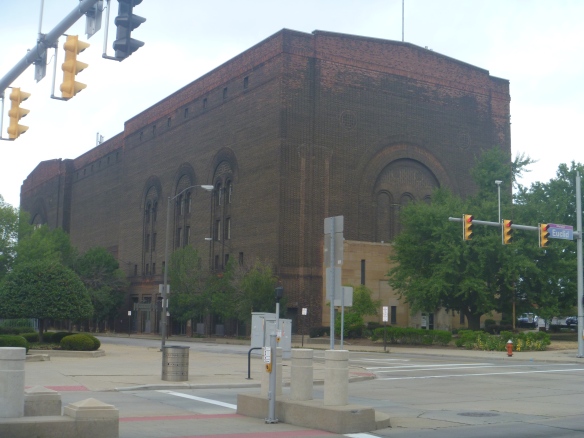 And there is newer development here like WEWS local channel 5. 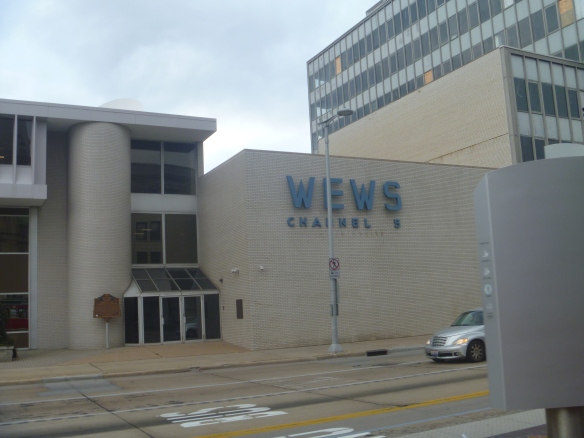 On East is the Cleveland Clinic. There are many buildings that comprise the clinic and much space. The CC is famous for all kinds of medical treatments and medical innovation through study trials. It has facilities elsewhere but this is the main campus. We were intrigued by the original, first CC building you see here. A very historic building that is still in use. 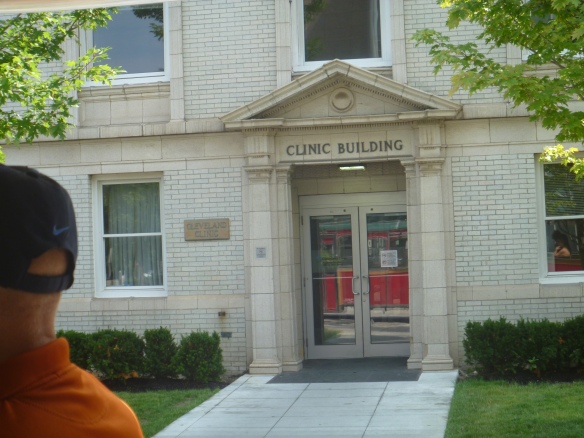 There is more to see on Euclid Ave., but we will continue with that another time. For now, enjoy the part of the ride written here!